And some say love is holding on

And some say letting go

And some say love is everything

And some say they don’t know…

I slowly wiped my tears away when I heard the lyrics of an old familiar song. I looked up and remember my brother, Jayson Roi. Childhood memories came rushing over me like they were just yesterday; his struggles before his death and the pain I felt when he was gone.

I sluggishly turned my head and a smile curved on my lips when I saw our old picture together and I could not help reminiscing the past. Jayson was a sweet kid. When he came home from school, he used to kiss everyone’s cheeks and he always had something to give. I remember the time when he saw me crying my heart out. He gently caressed my hair and offered a big warm hug. There were times that I did stupid things and he was the first to laugh. He always saved me from dad’s sermon and did the things mom wanted me to do. See? He was an angel to me.

Everything had changed when darkness stepped foot on our simple abode. Laughter turned into tears, dreams into frustrations and happy faces into gray. Jayson was frequently bought unto the hospital and since he always smiled after he ached about his head, no one thought it was already critical. We thought that it was just an ordinary headache or perhaps a migraine. But time came that he was already screaming while holding his head and tend to hurt himself saying, “I can’t take this anymore!” I really loved Jayson that it broke my heart not just in two but into many pieces when the neurologist told us concerning his real condition. The world seemed to stop when we learned about it. It wasn’t headache, migraine or whatever. It was brain tumor! Every time I saw him fighting for his life was killing me. I would not stay long when I heard him scream. It made me sick when I saw that sadness in his eyes. I even prayed that God would take him so he wouldn’t suffer that much.

June 28, 2006 was the worst day ever. We were in the hospital and I was left to look after him. Jayson looked at me and smiled since he couldn’t talk anymore. Half of his body was paralyzed. I could see that he was already tired and wanted to give up. As his sister, I couldn’t help seeing him in such situation. I gently kissed his forehead and whispered, “Take a rest, you’ll be fine.”

It was around 12 noon when God touched him and he slept. For sure, he would be sleeping forever. I didn’t cry at first for I had to be strong. I am the eldest and my family counts on me. Yet moments later, tears ran freely down my cheeks like river when I saw nurses and doctors came rushing into the room, and I saw Jayson turned into paper white. My dad told them to just let him go with the Lord then the commotion stopped. God answered my prayer yet it seemed that He took my heartbeat, too.

It’s already 11 years after his death yet my heart can’t just get use to it. I simply can’t forget such things because he had given me so much to remember. Wherever he is, I know that he’s fine with the Lord. He’s gone, yes, but his memories will stay alive in our hearts. The only thing I am asking now is for the Lord to just send my love to heaven… 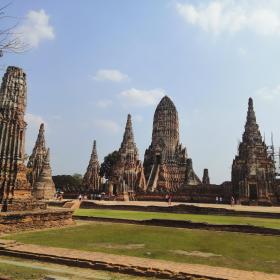 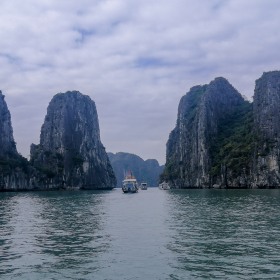